Alternative energy is a myth

World is busy developing alternative to fossil fuel in order to reduce anthropic Greenhouse gas emissions to avoid global warming. In fact all forms of alternative energy sources except nuclear energy are basically ‘solar energy’ from the sun, in one form or another. Sun has been supplying energy from the time earth was born. It has conducted ‘photosynthesis’ by supplying light energy and converted atmospheric carbon dioxide and water into glucose for plants, animals and human beings. The excess carbon from the ‘Carbon cycle’ has become fossil fuels under the earth over a period of time. The fossil fuel is the result of sun’s energy or solar energy. We unearthed fossil fuels and burnt them to extract energy to run our power plants or run our cars. In fact fossil fuel is also a form of ‘Biofuel’ and technically there is no difference between them except fossil fuel formation takes millions of years.Fossil fuel is nothing but a source of Hydrogen with carbon backbone. All forms of alternative energy we are currently trying to develop such as PV solar, solar concentrators, solar thermal, geothermal energy, wind energy and bioenergy etc, originate from solar energy. The word alternative energy is a misnomer because all these energy are fundamentally solar energy in one form or another. Solar energy is a radiation of nuclear fusion reaction of Hydrogen taking place in the sun. Two isotopes of Hydrogen called Deuterium (with one proton and one neutron) combine to form a Helium 3 atom and Neutron with release of large energy. Deuterium is non-radioactive and can be extracted from seawater. But this process could not be duplicated commercially for power generation. It is the safest and cleanest form of energy. In other words, all forms of energy including solar energy come from Hydrogen atom. That is why Hydrogen has become a potential fuel source in the future. However, developing a commercial technology for the production and usage of Hydrogen at a rate cheaper than fossil fuels with zero greenhouse emission has been elusive so far. Generation of Hydrogen from water by Photo electrolysis using a direct sunlight using a Photo catalyst is a promising technology. But duplicating Nature to generate large amount of energy using tiny amount of Hydrogen atom seems to be a distance dream. Nature knows the best. We human beings can use small energy generation technologies such as solar and wind to meet our small energy needs. “There is enough to meets everybody’s need but not everybody’s greed”,Gandhi said. Exponential growth of population and industries has forced us to look for large power generation and fuel usage at the cost of serious environmental degradation and future generations. Only smarter and cleaner technologies will help sustain the future. Politicians and policy makers should understand various technologies and their implications rather than advocating short sighted and popular energy policies. 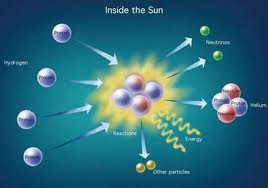 Posted by Clean Energy and Water Technologies at 5:00 PM