Chemistry has revolutionized human life and it has affected each and every one of us in some way or other for the past several decades. We were happily using these chemicals in our everyday life without really understanding their side effects.Individuls and companies who invented and commercialized chemical products were keen to offer end products to consumers often without explaining the side effects of such chemicals.They themselves were not fully aware of long term consequences of such chemicals. Classical examples are Chlorine and its derivatives. Chlorine is a common chemical that is used even today in many countries to disinfect drinking water in water treatment plants. Their usage is sill continued though they found that Haloalkanes, which are formed by the action of Chlorine on decayed organic leaves in water storage, causes cancer (carcinogenic). DDT is another chemical that was used widely as a pesticide, known as “atom bomb of pesticides”, until their side effects proved deadly for human beings and to the environment. It was officially banned in USA in 1972 by EPA, though it is still continued in some third world countries. Bleaching powder in another example of powder disinfectant ( a popular form of disinfectant used on roads in India when prominent political leaders visit municipalities; though they are only chalk powder with no traces of residual Chlorine). A whole range of dyes known as coal tar dyes derived from coal were used in many applications including ‘food colors’, later substituted by petroleum based organic chemicals. These ‘food colors’ are now substituted with ‘natural organic colors’ such as vegetable colors derived from vegetables and fruits. Industrial chemicals, both organic and inorganic have caused serious environmental damages all over the world for several decades, but Governments, companies and EPA did not realize the deadly consequences of some these chemicals for a long time. The ‘Bhopal Gas tragedy’ in India is one such grim reminder of such consequences. Chemicals are not natural products even though one can separate them into various organic chemical molecules but some of the consequences of such separation and usage are not fully understood. Many natural herbs have outstanding medicinal values and when consumed in a Natural form, it has absolutely no side effects and they show tremendous therapeutic values. But when you isolate certain molecules from such herbs (Alkaloids) and used as a drug, they can cure a disease but at the same time, they create many side effects. Nature offers such drugs in a diluted form that is quite compatible to human beings. One such example is ‘Vinblastine’ and “Vincristine’, anti-cancer drugs derived from a herb called ‘vinca rosea’. Of late there is awareness among companies, people and Governments about Green technologies that can help protect the environment. Greenhouse gas and global warming is one such issue. When Petrol or Diesel, an organic chemical known as Hydrocarbon is burnt, it not only generates power but also emits greenhouse gases such as Carbon dioxide and oxides of Nitrogen, that cause globe to warm. We were happily burning away such fossil fuels until scientists raised an issue on emission of ‘greenhouse gases’ in recent past. When we deal with chemicals and chemical reactions, the molecule is transformed into a new molecule and often such reaction cannot be reversed.It is not a physical change but a chemical change. When we convert water into steam, we can get back water by condensing steam; but when you convert Chlorine into PVC (Poly vinyl chloride) plastic, there are environmental consequences and reversing PVC into Chlorine gas in not easy, though it is technically possible with environmental consequences. One has to observe and learn from Nature what is good and what is bad when developing a new technology, because such development will not only affect the environment but also many generations to come. When Nature teaches how to turn sugar into Alcohol by fermentation using air borne microorganisms, we should follow Nature to make alcohol. We know how to turn Alcohol into PVC, but we do not know how to make biodegradable PVC from Alcohol. Companies call it ‘Green Chemistry’, but not until we can make a biodegradable PVC. Human knowledge is imperfect and we can only learn ‘Green chemistry and Clean Technologies’ from Nature and not by deviating from the path of Nature. 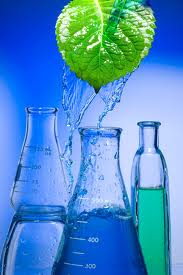 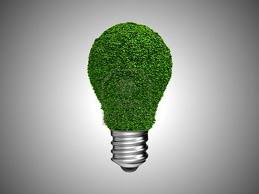 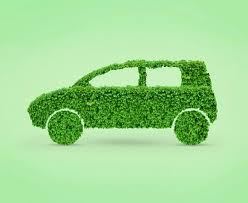 Posted by Clean Energy and Water Technologies at 10:36 PM

This text may be value everyone’s attention. How will I learn more.
Water Damage Stamford CT

Excellent article. Very interesting to read. I really love to read such a nice article. Thanks! keep rocking. Future

Well. I am sure that now I am acquiring a beneficial issue here. Yeah, I just discovered your life saving writing by googling. My pleasure i got the chance to get it by heart. Today most of the companies are applying various harmful chemicals in different food or drinking to get the product attractive, gorgeous and delicious without considering its dangerous effect. And we the consumers taking it as we do not aware of the harmful consequences. And that's top most the reason of staying still those companies in the market places. Anyway, I have totally excited getting into your life loving article. Would love to convey my honor and perhaps something more than thanks. https://nvmenergiemakelaar.nl/energie-vergelijken

Mmm.. good to be here in your article or post, whatever, I think I should also work hard for my own website like I see some good and updated working in your site. Raingo

Wow! Such an amazing and helpful post this is. I really really love it. It's so good and so awesome. I am just amazed. I hope that you continue to do your work like this in the future also IT Support Toronto

I would state, you do the genuinely amazing.This substance is made to a wonderful degree well. Gutter installation Company Raleigh NC

A very awesome blog post. We are really grateful for your blog post. You will find a lot of approaches after visiting your post. I was exactly searching for. Thanks for such post and please keep it up. Great work Top Gutter company in Raleigh NC

Excellent article plus its information and I positively bookmark to this site because here I always get an amazing knowledge as I expect. Thanks for this to share with us Gutter installation companies

I have been gaining a lot of usable and exemplifying stuff in your website.flood

This is on the grounds that a few items from certain wellsprings of vitality like atomic vitality have been said to cause malignant growth because of commencement of changes in cells. Zonnepanelen

Thank you because you have been willing to share information with us. we will always appreciate all you have done here because I know you are very concerned with our. How to Clean Shower Curtain with Bleach

This comment has been ousted by the maker. electric_scoot Ebooks for adventure

There are urban areas in various nations that utilization this sort of type of intensity so as to support their energy need.עמדת טעינה לרכב חשמלי

There is no uncertainty that riddle cause's fascination and frequently the foundation of the puzzle is that individuals don't comprehend that they have individual chemistry and in this way have created sentiments of fascination.nickel satinato

Thus an estate requires a solitary cell. There is subsequently no blockage and a proceeded with supply to the popularity of vitality. Zonnepanelen installateur

Just read your blog.Good one. I liked it, i really appreciate your working here as we also provide service of Gutter Installation Palatine, for more inquiry visit our site.

Buy SARMs Online I have read all the comments and suggestions posted by the visitors for this article are very fine,We will wait for your next article so only.Thanks!

The blog was having very informative content and very useful for me. Well done post and keep it up... Thanks for sharing such a Useful info. 1plsd