There is likely to be a dramatic change in energy landscape with introduction of super critical CO2 power cycle. It not only increases the power efficiency, reduces the foot print considerably, utilizes part of CO2 emission internally in the form of super critical fluid and open a new path to eliminate Carbon emission completely (zero Carbon emission). It also reduces the water consumption in power generation unlike current conventional Rankine cycle power plants. We will soon be able to continue to generate base load power using fossil fuels with zero carbon emission. Unlike Carbon capture and sequestration already tried unsuccessfully in many parts of the world, Carbon capture and recycle will open a new chapter in the history of power generation. By capturing carbon in a solid form with potential industrial applications such a possibility is now within our reach. It means utilization of existing fossil fuel based power generation infrastructure without any Carbon emission and continue to generate continuous power to meet the increasing demand at a reasonable cost. The current focus on renewable energy will continue but until a practical and viable energy and mature storage technology is developed the renewable energy will have uncertainties. Whatever may be the case the overall cost of energy is likely to go up. Introduction of Oxy combustion in natural gas turbine has eliminated the oxides of Nitrogen from flue gas thus facilitating separation of CO2 from water and recycling water vapour into combustion process. The condensate from gas turbine is a by-product. Despite the usage of CO2 in the form of super critical fluid there is still an excess CO2 to be disposed of. A conceptual design to capture CO2 and convert them into SNG while generating additional power using the superheated steam obtained as a by-product of methanation has created a new opportunity to achieve zero carbon emission. It is an exciting development and our company is now in an advanced stage of developing and commercializing such a technology. Our new reformation process of natural gas using the captured CO2 and steam allows to precipitate Carbon in a solid form. The chemistry of the process can be explained by the following final methanation process using a proprietary catalyst involving few steps. 3CH4 +CO2 +H2O ----> 2CH4 + 3 H2O + 2 C which will take a final form as follows: CH4 + CO2 ------> 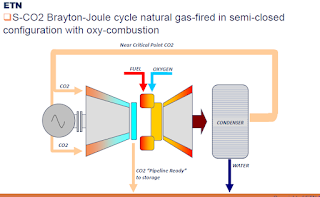 2H2O + 2C The superheated steam generated in the process can be exported to generate additional power while the condensate water can be exported and recycled. By using an excess of natural gas the captured CO2 is converted into SNG (synthetic natural gas) which can be recycled into the gas turbine thus achieving a zero-carbon emission while continuing to generate base load power. Such a technology can easily be integrated with other sources of energy such as solar, biomass, waste heat and nuclear. 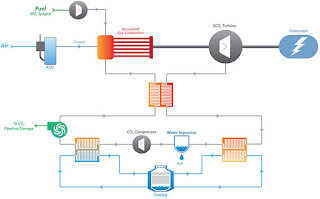 Posted by Clean Energy and Water Technologies at 6:08 PM

You have touched good quality points here. In whatever way continue writing.
check it out

Considering all the moving parts agency app, this was a project management masterpiece

I really enjoy reading and also appreciate your work.
Solutiontales

Hmm!! This blog is really cool, I’m so lucky that I have reached here and got this awesome information.
UI design firms

The stuff in this blog is in not only incredible but also providing the great knowledge to the people.
logo design business

Stupendous blog you guys have provided there, I will absolutely valuate your effort.
top website designers

It feels awe-inspiring to read such informative and distinctive articles on your websites.
top UX companies