Hydrogen is well-known as a potential source of clean energy of the future. But it is not available in a free form; its generation from water using Electrolysis requires more energy than, a free Hydrogen can generate. It requires about 5kws power to generate 1 m3 Hydrogen gas, which means, it requires about 56 Kw power to generate 1 Kg Hydrogen using water electrolysis. But 1Kg Hydrogen can generate only about 15-20 Kw Electricity using a Fuel cell. This anomalous situation makes Hydrogen generation using water electrolysis uneconomical for the purpose of clean power generation. That is why most of the Hydrogen is currently generated by steam reforming natural gas. Another reason for using natural gas is, to reduce the cost of Hydrogen and also, to achieve a smooth transition from fossil economy to Hydrogen economy using existing infrastructures. Power generation and transportation using Hydrogen and Fuel cell has been commercially tested, proven and ready for deployment. However, we still have to deal with emission of greenhouse gas during steam reformation of natural gas due to the presence of carbon atom in natural gas. Meanwhile, one American company recently announced a break-through technology that will generate free thermal energy from atomic Hydrogen using a patented process. The inventor of the process claims, when atomic Hydrogen is allowed to react with a specific Catalyst, Hydrogen atom undergoes a transition to a new atom called “Hydrino”, releasing energy while the electron in the atom shifts to a lower orbit close to proton. It was believed so far that the electron in Hydrogen atom is at its lowest level (ground level) and the closest to proton. This is the first time somebody claims that there is a lower state than the ground state in Hydrogen atom and the amount of energy released in this transition to ‘Hydrino”, is in between by an uncatalyzed Hydrogen atom by combustion and nuclear energy. Unlike nuclear energy, this energy is non-radioactive. But the energy released by this process is more than 200 times than energy released by Hydrogen atom by normal combustion. The reaction does not create any pollution or radio-active materials as by-products. The process has been tested, verified and certified by scientists in few laboratories and universities. The above process offers great hope to generate a clean, non-polluting energy at the lowest cost. The ‘dihydrino and Hydrogen is separated and Hydrogen is recycled back to continue the process while’dihydrino’ has other potential commercial applications. The inventor has named this power as “Black power” as he hypotheses that such phenomena explain the presence of “dark matter” in Galaxies. According to quantum mechanics, the energy level of a normal Hydrogen atom is at its ground level as its minimum level (N=1), but its energy level increases at higher states such as N=2, 3, 4.When the energy level jumps from higher (excited state) to a lower level, it emits energy in the form of photon of light (Quanta).The spectrum of such emission matches the ultraviolet light of the sun. Since sub-quantum atoms are non-radioactive, the inventor claims that he is duplicating the above process of Nature by a catalytic thermal process in the state of Plasma using a specific Catalyst. If such a large thermal energy is released by formation of ‘Hydrino’atom in the above process, then such energy can be used to generate Hydrogen by conventional water electrolysis at a fraction of the cost. Then, Hydrogen economy can become a commercial reality and the above technology has a potential not only to generate power at fraction of a cost of the fossil fuel but also to generate a clean and non-polluting power. The inventor has also hypothesised a "grand new unified theory” of atom as the basis for the above invention. Mainstream scientists have always have been reluctant to support such “free energy” theories but, when someone can demonstrate the process of generating an excess energy (more than 200 times than the theoretical energy released by an exothermic chemical reaction) and it is non-radioactive then mainstream scientists may be sidelined by world community. It is always possible to demonstrate something unique without any theory and come out later with a theoretical explanation to satisfy the scientific community. Many discoveries in the past were by mere accidents and one should have an open mind to look into any new concepts without any bias, especially if the discovery can resolve serious problems of humanity at times of crisis. 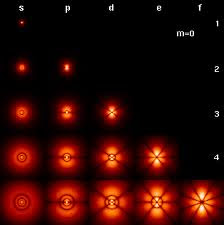 Posted by Clean Energy and Water Technologies at 4:56 PM