Indian black out and aftermath

The largest power outage that affected 650 million people in India recently was a major news around the world. Power outage is common in many countries including industrialized countries during the times of natural disasters such as cyclones, typhoons and flooding. But the power outage that happened in India was purely man-made. It was not just an accident but a culmination of series of failures as the result of many years of negligence, incompetency and wrong policies. Supplying an uninterrupted power for a democratic country like India with 1.2 billion people with 5-8% annual economic growth, mostly run by Governments of various political parties in various states is by no means an easy task. While one can understand the complexities of the problems involved in power generation and distribution, there are certain fundamental rules that can be followed to avoid such recurrence. The supply and demand gap for power in India is increasing at an accelerated rate due to economic growth but the power generation and distribution capacity do not match this growth. Most of the power infrastructures in India are owned by Governments who control the power generation, distribution, operation and maintenance, financing power projects, supplying power generation equipments, supplying consumables, supplying fuel, transportation of fuel and revenue collection. The entire system is based on the policy of ‘socialistic democracy’, after the independence from the British, though economic liberalization and globalization is relatively a new phenomenon in India. Since every department of power infrastructure is controlled by Government, there is a lack of accountability and competition. Many private companies and foreign companies do not participate in tendering process because it is a futile exercise. Some smart multinational companies set up their manufacturing facilities in India, often in collaboration with Governments in order to get an entry into one of the largest market in the world. Indigenous Coal is the dominant fuel widely used for power generation though the quality of coal is very low, with ash content as high as 30%.The calorific value of such coal hardly exceeds 3000 kcal/kg, which means more quantity of coal is required than any other fuel to generate same amount of power. Such coal generates not only low power but also generates huge amount of ‘fly ash’ (the ash content is the coal comes out as fly ash) causing pollution and waste disposal problems. Large piles of fly ash and age old cooling towers with a large pool of stagnant water are common sights in many power plants in India. Such low cost coal does not make any economic sense when considering the amount of fly ash disposal cost and environmental damages. Thanks to research institutions that have developed methods to utilize fly ash in production of Portland cement. The indigenous low grade coal is the fuel of choice by Indian power industries, though many plants have started importing coal recently from Indonesia and South Africa. Indigenous low grade coal and cooling water from rivers and underground sources are two major pollutants in India. Water is allocated for power plants at the cost of agriculture. There is a shortage of drinking water in many cities as well as irrigation water for agriculture. Since most of the power infrastructures are owned by Governments there is a tendency to adopt populace policies such as power subsidies, free water and power for farmers, low power tariffs etc, making such projects economically unviable in the long run. Most of the State Electricity boards in India are running at a loss and such accumulated losses amount to staggering figures. The Central electricity authority regulates the power tariff. They calculate the cost of power generation based on specific fuel and fix the power tariff that companies can charge their consumers even before the plant is set up. Most of such tariffs are based on their past experience using indigenous low grade coal and transport cost which are often impractical. Such low power tariffs are not remunerative for private companies and many foreign companies do not invest in large capital intensive power projects in India for the same reason. The best option for the Governments to solve energy problems in India will be to open to foreign investments and allow latest technologies in power generation and distribution. It is up to the investing companies to decide the right type of fuel, right type of equipments, source and procurement, power technology to be adopted and finally the tariff. India has come a long way since independence and Governments should focus on Governing rather than managing and controlling infrastructure projects. The latest scam widely debated in Indian media is 'Coal scam’. It is time India moves away from fossil fuel and allow foreign investments and technologies in renewable energy projects freely without any interference. India needs large investments in building power and water infrastructures and it will be possible to attract foreign investment only by infusing confidence in investing companies. It is not just the size of the market that is to be attractive for investors but they also need a conducive, fair and friendly environment for such investment. 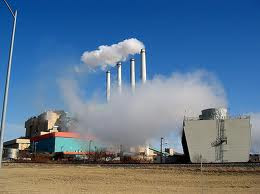 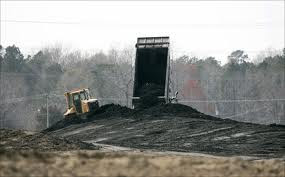 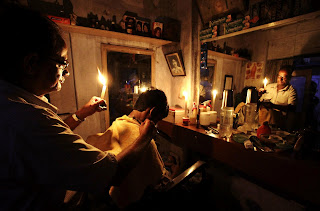 Posted by Clean Energy and Water Technologies at 11:58 PM

Extraordinary post yet I was considering whether you could make genuinely seriously in regards to this matter? I'd be appreciative if you could explain truly further. slot online