All forms of renewable energy sources are intermittent by nature and therefore storage becomes essential. Energy is used mainly for power generation and transportation and the growth of these two industries are closely linked with development of energy storage technologies and devices. Electrical energy is conventionally stored using storage batteries. Batteries are electrochemical devices in which electrical energy is stored in the form of chemical energy, which is then converted into electrical energy at the time of usage. Batteries are key components in cars such as Hybrid electric vehicles, Plug-in Hybrid electrical vehicles and Electrical vehicles - all store energy for vehicle propulsion. Hybrid vehicle rely on internal combustion engine as the primary source of energy and use a battery to store excess energy generated during vehicle braking or produced by engine. The stored energy provides power to an electric motor that provides acceleration or provides limited power to the propulsion. Plug-in hybrid incorporates higher capacity battery than Hybrid eclectic vehicles, which are charged externally and used as a primary source of power for longer duration and at higher speed than it is required for Hybrid electric vehicles. In Electric cars, battery is the sole power source. All electric vehicles require rechargeable batteries with capacity to quickly store and discharge electric energy over multiple cycles. There are wide range of batteries and chemistries available in the market. The most common NiMH (Nickel Metal Hydride) used Cathode materials called AB5; A is typically a rare earth material containing lanthanum, cerium, neodymium and praseodymium; while B is a combination of nickel, cobalt, manganese and/or aluminum. Current generation Hybrid vehicles use several Kg of rare earth materials. Lithium ion battery offers better energy density, cold weather performance, abuse tolerance and discharge rates compared to NiMH batteries. With increasing usage of electrical vehicles the demand for lithium ion batteries and Lithium is likely to go up substantially in the coming years. It is estimated that a battery capable of providing 100miles range will contain 3.4 to 12.7 Kgs of Lithium depending upon the lithium-ion chemistry and the battery range. Lithium -ion batteries are also used in renewable energy industries such as solar and wind but Lead-acid batteries are now used widely due to lower cost. The lithium for Cathode and electrolyte is produced from Lithium Carbonate which is now produced using naturally occurring brines by solar evaporation with subsequent chemical precipitation. The naturally occurring brine such as in Atacama in Chile is now the main source of commercial Lithium. The brine is a mixture of various chlorides including Lithium chloride, which is allowed to evaporate by solar heat over a period of 18-20 months. The concentrated lithium chloride is then transferred to a production unit where it is chemically reacted with Sodium carbonate to precipitate Lithium Carbonate. Chile is the largest producers of Lithium carbonate. Though Lithium ion batteries are likely to dominate electric vehicle markets in the future, the supply of Lithium remains limited. Alternative sources of Lithium are natural ores such as Spodumene.Many companies around the world, including couple of companies in Australia are in the process of extracting Lithium from such ores. Manufacturers produce battery cells from anode, cathode and electrolyte materials. All lithium-ion batteries use some form of lithium in the cathode and electrolyte materials, while anodes are generally graphite based and contain no lithium. These cells are connected in series inside a battery housing to form a complete battery pack. Despite lithium’s importance for batteries, it represents a relatively small fraction of the cost of both the battery cell and the final battery cost. “Various programs seek to recover and recycle lithium-ion batteries. These include prominently placed recycling drop-off locations in retail establishments for consumer electronics batteries, as well as recent efforts to promote recycling of EV and PHEV batteries as these vehicles enter the market in larger numbers (Hamilton 2009). Current recycling programs focus more on preventing improper disposal of hazardous battery materials and recovering battery materials that are more valuable than lithium. However, if lithium recovery becomes more cost effective, recycling programs and design features provide a mechanism to enable larger scale lithium recycling. Another potential application for lithium batteries that have reached the end of their useful life for vehicle applications is in stationery applications such as grid storage. The supply chain for many types of batteries involves multiple, geographically distributed steps and it overlaps with the production supply chains of other potential critical materials, such as cobalt, which are also used in battery production. Lithium titanate batteries use a lithium titanium oxide anode and have been mentioned as a potential candidate for automotive use (Gains 2010), despite being limited by a low cell voltage compared to other lithium-ion battery chemistries.” (Ref: Centre for Transportation, Argonne National Laboratory) Usage of power for extraction of Lithium from naturally occurring brines is lower compared to extraction from mineral sources because bulk of the heat for evaporation of brine is supplied by solar heat. However Lithium ion batteries can serve only as a storage medium and the real power has to be generated either by burning fossil fuel or from using renewable energy sources. Governments around the world should make usage of renewable power mandatory for users of Electrical vehicles. Otherwise introduction of Lithium ion battery without such regulation will only enhance carbon emission from fossil fuels. 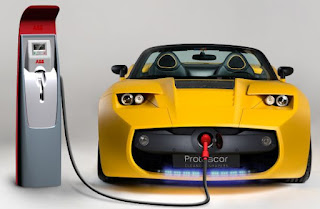 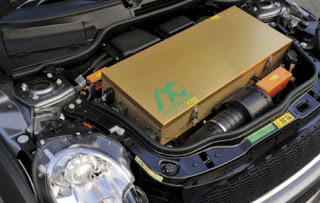 Posted by Clean Energy and Water Technologies at 5:55 PM