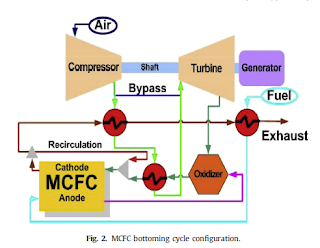 Global warming and climate change are the topics of the day and doomsday predictions are abounding. In a divided world of differing ideologies and dogmas, emotions play a major role and all conclusions are drawn out of such emotions. Emotional intelligence is the key and in-depth analysis will clear the clouds of doubts and disbeliefs and not just raw emotions.
When quantum science emerged as a mainstream science substituting classical science the world changed dramatically often leading to spirituality or eastern philosophy of ancient India. When Albert Einstein said, “I hope the moon is still there when I am not looking at it”, it had huge implications and a few decades later quantum science confirmed that Einstein was wrong. In other words, it is the conscience that creates the reality. With  this is the reality of science  one may wonder whether “reality” has anything to do with “science” at all. Albert Einstein in his own words said, “As far as the laws of mathematics refer to reality, they are not certain; as far as they are certain they do not refer to reality”.
Let us examine about the science of global warming due to man-made GHG emissions resulting in climate change. Electricity was a new form of energy discovered in eighteenth century and it became part of human civilization ever since. But it was already existed in nature in the form of lightning, but we were unable to recognize it or reproduce it in the scale that can be useful to us. Then the question is whether electricity was discovered by human beings at all and if so, can we reproduce “lightning?” and use this electricity without emitting any carbon emission at all. The answer is no, at least for now due lack of technology to predict lightning, tapping it economically and storing it for distribution. Theoretically lightning alone can supply all the electricity world needs but practically it is almost impossible to utilize it for the above reasons. When electromagnetism and electricity were discovered they did not relate it to “lightning” but claimed as a separate discovery between the relationship between magnetic and electric charges which resulted in generating electricity. Then later we were able to explain “lightning” due to positive and negative charges between the cold clouds and rising hot air with water.
Science is nothing but explaining nature with theoretical concepts and physical demonstrations. That is why yoga sutra describes the world as a phenomenal world and it is an irreducible experimental substance. That is the peculiarity of science because it is the human conscience that creates this scientific reality. I too conclude that “as far as law of science of climate change refers to reality, they are not certain; as far as they are certain they do not refer to reality.” Similarly, science has nothing to do with economics and but we human beings made economics as a measure of one’s life and his or her success. This is the fundamental flaw in human thinking. One can conclude that all man-made theories and practices are fundamentally flawed which is evident from the world of turmoil we are witnessing and living in. We failed to ask emotionally intelligent questions by endless pursuit of happiness through money and materials in the name of science.
As I mentioned in my previous article we developed generating electricity from thermal source and we ended up digging fossil fuels at enormous cost and added further value by combustion with air generating huge amount of CO2.But we never estimated the cost of CO2 at that time and we never realized the future impact of such a CO2 emissions from fossil fuels till now. Even now we do not want to put a price for CO2 emissions and continue to emit by simply denying the fact that such unabated emissions will have consequences. We conveniently use science and economics when it suits us, otherwise we reject them outright when it does not suit us. All climate change denials come from the fear of economic collapse unconsciously.
Therefore, the first step in achieving zero carbon emission is to eliminate fossil fuels completely or impose penalty to discourage emissions if we accept global warming and climate change as the reality. Without taking this first step we cannot move forward.
Now there is a new awakening that Hydrogen will substitute fossil fuels with zero emissions. This is again a mistake. Imaging all cars and power plants using hydrogen and fuel cell and emit (only) water vapour into the atmosphere. I am sure that will drastically change our climate in a very short span of time. The atmospheric moisture will dramatically increase trapping enormous amount of heat and precipitation. The consequences will be dire. Every kg of Hydrogen will require 9 kgs of water. Renewable Hydrogen is a precious commodity and it can be used only to decarbonize the fossil economy and cannot be used a fuel directly. Such an attempt will be a failure.
Alternatively, we can continue to use fossil fuel as usual but eliminate CO2 emission by simply recycling in the form of RNG (renewable natural gas) using renewable hydrogen. This may look as an expensive proposal at the first instance, but it will become a norm in the long run and we human beings have a capacity to adopt to this new reality.  It is now possible to capture CO2 economically and substantially while generating power using direct Carbon fuel cell with highest electrical efficiency. It can be easily recycled in the form of RNG. Why Governments don’t act?
In the absence of above alternative, we may have to face the consequences of climate change due to man-made emissions and simply be content with an American slogan, “In God we trust”.

Posted by Clean Energy and Water Technologies at 1:54 PM