What is CRT?
CRT is a process technology that captures CO2 from existing and operating base load (24 x 7) power plants using fossil fuels and substituting the Oxygen in CO2 with renewable Hydrogen thereby converting CO2 into RNG (renewable natural gas). Then RNG becomes the renewable fuel for the above power plant. It is a perfect example of a circular economy with Zero Carbon emissions.
CRT becomes a link between fossil power industry and renewable industry, and it can achieve zero Carbon emission in the shortest possible time frame averting a catastrophic climate change.
Why CRT?
The climate change is a global issue and it requires a global solution and eliminating CO2 emission by few countries will not address the problem and it will require a collective solution. CRT can provide such a solution.
The world is now divided than ever before into two segments. One segment believes Carbon emission is causing global warming and climate change and therefore CO2 should be curtailed or eliminated completely, and all future energy should come only from renewable energy sources such as solar wind etc to avert climate change.

The other segment believes the science of climate change is not well established and dismisses the theory that CO2 causes global warming and climate change. They believe such a change is a natural phenomenon and it has nothing to do with CO2 emissions.  They fear by simply eliminating fossil fuel usage in the absence of a clear substitute the energy industry will be seriously disrupted causing economic collapse and the security of a nation. For example US has become the largest exporter of oil and gas in the world due to their aggressive policy of exploiting oil and gas reserves using techniques such as fracking. However these resources are finite and their CO2 emissions will become a stumbling block in the near future.
It is a useless exercise to engage in argument without a clear path forward. But I am sure they will certainly agree and support a substitute fuel such as renewable natural gas (RNG) that can generate a base load power with zero carbon emission.
CRT will be able to convince both the above segment of people because it will meet the requirements of both the parties.
The bottom line is we need a system that can guarantee to generate an uninterrupted power 24 x7 with zero Carbon emission irrespective of a method we use if it is sustainable and environmentally friendly.
How do crew in space shuttle get rid of their CO2 emission from their cabin is shown below by NASA.
Carbon recycling technology is like the above process except CO2 is generated by combustion of natural gas as a by-product of base load power generation which is being removed and recycled in the form of RNG (renewable natural gas) using renewable
Hydrogen. 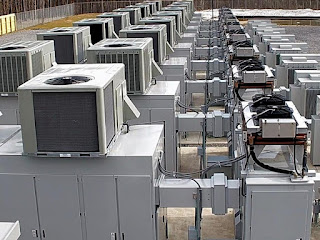 (Methanation plant for CO2 to SNG)
Renewable energy is a low efficient and intermittent source of energy and it may not meet the world’s energy requirement at the current rate. It will require massive energy storage technologies to be deployed in the shortest possible time frame. According to NREL report a 100 Mw PV solar with 240 Mwh storage battery will cost approx. USD 188 mil. To meet a base load power of 2400 Mwh/day the cost of the system will be USD 1.88 billion. The life of storage battery is assumed only at 12 years and will require replacement at least twice in 24 years of its life cycle. The same capacity 100 Mw combined cycle power plant using natural gas will cost only USD 105 mil with a life of at least 25 years. Therefore, renewable energy alone cannot solve the problem of climate change in its current form. It will be prudent to use renewable energy to generate renewable Hydrogen (RH) from water (even seawater) and use it to decarbonize the fossil economy. In fact, this is the solution  world needs right now.
Large(utility) scale battery will require massive amount of exotic material such as Lithium, Nickel, Cobalt etc which are not renewable and will have a large carbon footprint and disposal of depleted batteries will create massive environmental problems in the future. They are simply not sustainable.
Combined cycle power generation using natural gas is a proven technology that has been used for decades and all the infrastructure required are already in place.
What is involved in CRT?
CRT will involve the following three sections:
There are number of renewable energy industries established all over the world in the past decade and they are currently operational. The lowest power tariff quoted by renewable energy industry in India is as low as $ 0.035/kwh making it an attractive clean energy source. There are issues in exporting it to the grid due to peak hour supply and demand gap. This renewable energy can be used to generate renewable Hydrogen (RH) by electrolysis of water. Hydrogen can be used as a storage medium to generate power during peak hours using fuel cells. It can also be used to fuel Hydrogen (Fuel cell) cars. Hydrogen cars have many advantages over battery cars based on life cycle assessment. Renewable Hydrogen (RH) is going to help accelerating the decarbonization process of the world soon.
Currently bulk of the power is generated using fossil fuel such as coal, oil and gas. The CO2 emissions can be reduced by 25% by simply switching over from coal to gas. Exiting coal fired power plants can be modified to gas fired plants by replacing their existing boilers. By using RNG the power plant can achieve zero carbon emission while generating base load power.
CRT is a simple and straight forward process technology that can avert global warming and climate change without disrupting existing fossil fuel infrastructure and its power generation while achieving ZERO CARBON EMISSION in the shorted possible time frame. It will promote renewable energy industries in a big way and help decarbonize our economy on a global scale. The cost of renewable energy should further come down so that renewable hydrogen (RH) as well as renewable natural gas (RNG) will become cheaper. Removal of fossil subsidies, taxing carbon emission and subsidizing renewable energy can facilitate such a transition and quicken the process of decarbonization and avert the climate change. A detailed financial model will reveal how quickly and effectively CRT can help countries reduce their emissions.
High CO2 emitting countries such as China, US, India, Australia, Japan, EU and others should adopt this technology .This technology is compatible with transportation technologies such as electric vehicles and Hydrogen (Fuel cell) vehicles because it can generate base load power (24 x 7) with Zero Carbon emission which are essential for the success of the above transport applications. WithoutCRT the transport applications will collapse even if they are "the state of art" technologies.

Posted by Clean Energy and Water Technologies at 4:20 PM