The real solution to Carbon problem

The real solution for Carbon problem:
When mother nature buried Carbon under the ground by way of fossil, we human beings mined them at enormous cost and added further value by combustion with air converting it into CO2 (carbon dioxide). In fact, we human beings added enormous value to carbon that remained buried (with zero value) for millennia. We were interested in the heat of combustion but forgotten about the CO2 emission. This is the fundamental flaw in the commercialization of thermal power using fossil fuels. Now there is a price to pay. There are only 2 options to overcome this problem.
1    We can completely ignore and ban fossil fuel all together at enormous cost (we have already invested in trillions in mining, processing, transporting and storing) and seek completely a new solution without any Carbon at all. This is unlikely to happen.
2      We can continue to use fossil fuel and generate base load power as we have been doing for decades but capture CO2 and convert it back into fuel so that it can be recycled with Zero CO2 emission. This is certainly feasible.
Many “so called innovators” are suggesting alternatives to fossil power generation using renewable source of energy. These sources were available with us from the beginning of the world as we know it, but they are intermittent. We are used to 24 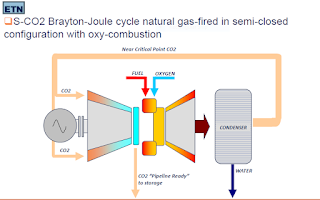 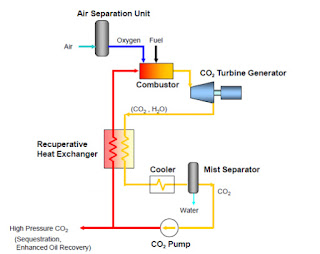 The real solution lies in using intermittent renewable energy to generate base load power (24 x 7) with zero Carbon emission. Renewable Hydrogen can achieve this goal. In doing so battery can also play a small role but not a major role. Couple of things should happen to achieve this goal.
1.     Capturing CO2 at the lowest cost. It can be best achieved using Oxy combustion of fossil fuel such as LNG (because it is a purified form of natural gas) using Brayton cycle with 100 % CO2 capture.
2.     Generate renewable Hydrogen (RH) using electrolysis using renewable energy source such as solar and wind etc. Technology is well proven and commercially available.
3.     Convert captured CO2 into CH4 using methanation reaction (which is already commercially practised) and recycling CH4 as a fuel to continue the base load power generation as usual. The newly generated CH4 becomes a renewable natural gas (RNG) by substituting fossil Hydrogen with renewable Hydrogen (RH). This technology developed by CEWT is known as Carbon Recycling Technology (CRT). It is a perfect example of a circular economy. Governments around the world should scrap fossil subsidies, tax Carbon @ $100.Mt ( at least) and offer liberal subsidies to renewable energy so that the cost of renewable hydrogen (RH) is at the lowest. CRT will allow Carbon to remain below ground as nature has done for several years. CRT will allow to run base load power (24 x 7) using RNG with ZERO CARBON EMISSION.

The above process is the only economical, commercial and environmental solution to the problem of global warming and climate change. All other methods will be expensive, time consuming with no guaranteed results and are unlikely to happen in the shortest time we have.
We at CEWT have the solution (not just theoretical but practically and commercially implementable immediately) and we seek like-minded partners and investors to team up with us so that we can show case the technology and implement them worldwide.

Posted by Clean Energy and Water Technologies at 4:43 PM No comments:

The unabated emission of Carbon dioxide by burning fossil fuels by human beings is altering the chemistry of our oceans at an unprecedented rate in the last 65 million years. When excess Carbon dioxide is absorbed by seawater it forms Carbonic acid, which is weak and unstable and increase the Hydrogen ion concentration in seawater. It decreases the pH value. The seawater is alkaline and the mean ocean surface pH was measured at 8.2 in 1750.This acidity has increased by 30% in recent times due to absorption of vast amount of man-made carbon dioxide since pre-industrial time. The amount estimated are about 500 Giga tones or 25% emitted into the atmosphere. According to UN report: “If we continue at this rate the ocean pH will decline by a further 0.3 by the end of this century, an unprecedented 150% increase in ocean acidity. This rate of change has not been experienced for around 65 million years, since the dinosaurs became extinct. Such a major change in basic ocean chemistry is likely to have substantial implications for ocean life in the future, especially organisms that require calcium carbonate to build shells or skeletons. Not all organisms will react at the same rate or in the same way to decreasing carbonate ion concentration. There are three naturally occurring forms of calcium carbonate used by marine organisms to build shells, plates or skeletons: calcite, aragonite and high magnesium calcite. For example, microscopic plants called coccolithophores surround themselves with protective calcite plates; aragonite is used by periods to build their shells and corals use it to make their skeletons that help to form reefs; while some echinoderms – starfish, sea urchins, brittle stars - utilize magnesium calcite to form their exoskeletons. Magnesium calcite is more soluble and sensitive to ocean acidification than aragonite; with calcite being the least soluble of the three. A lowering of pH and reduction of carbonate ions will make it more difficult for organisms to sustain their calcified shells, and in under saturated conditions, waters become corrosive to these minerals. Additionally, most multicellular marine organisms have evolved a regulatory system to maintain the hydrogen ion balance of their internal fluids14 and spend energy doing this so an increase in hydrogen ions in seawater means that they will have to divert more energy away from important processes such as growth and reproduction to do this. However, studies of mussels, crab and sea urchin species have shown they have only a partial or no, compensation mechanism15 potentially making them more vulnerable than those organisms that possess a compensation mechanism”.(Ref:UNEO) The contribution of marine food in the form of Protein to food security is substantial. Fish supplies about 15% of animal protein for about 3 billion people worldwide. Further one billion people depend on fisheries for their primary source of Protein. Steadily increasing population is pushing the demand for protein even further, while the fish stock is dwindling in many parts of the world due to over fishing and environmental degradation. “Productivity ‘hotspots’ such as upwelling regions where cold water is rich in both nutrients and CO2, coastal seas, fronts, estuaries and sub-polar regions often supply the main protein source for coastal communities. However, many of these areas are also projected to be very vulnerable to ocean acidification this century.” (Source: UNEP) Global warming has a much wider ramification than originally thought. It is not just warming the globe but threatens the food security and our own survival as human beings. 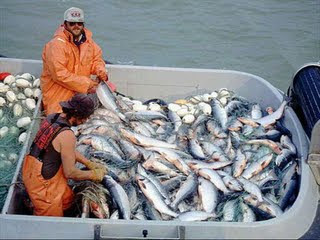 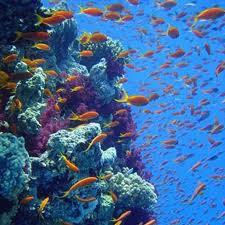 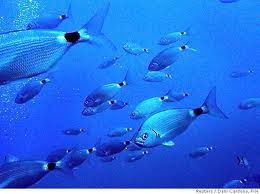 Posted by Clean Energy and Water Technologies at 4:20 PM 3 comments:

We live in a carbon constrained world where carbon emission is considered as the biggest challenge of the twenty first century. We unearthed fossil fuel which Nature buried for millions of years and burnt them for our advantage to generate power and to run our cars. Scientists pointed out that the unabated emission of greenhouse will cause the globe to warm with dire consequences.This came as an ‘inconvenient truth’ to industries and Governments around the world. However, economic consequences of stopping fossil fuels outweiged the impact of global warming. Governments were in a precarious situation and were unable to take a concrete policy decision. Popular Governments were not willing to risk their power by taking ethical decisions and opted for popular decision to maintain their growth. Then the financial crisis became an issue, which has nothing to do with greenhouse emission or global warming. Yet, the economic and industrial growth stumbled in many developed countries and unemployment skyrocketed. Governments are caught in a situation where they need to take a balanced view between an ethical decision and economic decisison.The overwhelming evidence of global warming and their consequences are slowly felt by countries around the world by natural disasters of various sizes and intensities. Some scientists suggested that there was nothing wrong using fossil fuels; we could continue with greenhouse emission without risking the economic growth by capturing the carbon and burying them underground. Carbon sequestration and clean coal technologies became popular and more funds were allocated to them than renewable energy development.Countires like India and China were not in a hurry to discontinue fossil fuels but continued to make massive investments on coal fired power plants. They neither try to capture carbon nor bury them, but continue to emit carbon claiming that it is their turn of economic growth and right to emit carbon emission. The chief of UN panel on climate change headed by an Indian has no say in the matter.Politicians push scientists into the background whenever the truth is inconvenient to them. How feasible in the carbon sequestration technology and what is the cost? Even if we can come up with a successful technology of capturing carbon and burying them underground, there will be a cost involved. This cost will invariably be passed on to the consumer which will eventually increase the cost of energy. Constraining carbon emission without incurring a cost can only be a dream. Capturing carbon emission is nothing new; Carbon dioxide is absorbed by solvents like MEA (Monoethanolamine) in many chemical industries. The absorbed carbon dioxide can be stripped free of solvent and the solvent can be recycled. This carbon dioxide can be treated with Ammonia to get Urea, a Fertilizer. But the source of Hydrogen can come only from renewable energy sources. That is why ‘Renewable Hydrogen ‘is the key to solve global warming problem. We can produce Urea from “captured Carbon” and ‘Renewable Hydrogen’ so that we can reduce a substantial quantity of greenhouse emission. Carbon recycling is a sustainable solution than Carbon capturing and burying. Countries like India who depend upon import of Urea for their agriculture production should immediately make Carbon recycling into Urea production mandatory. It is a win situation for everybody in the world.
Posted by Clean Energy and Water Technologies at 8:45 PM 2 comments: