The world is debating on how to reduce carbon emission and avert the disastrous consequences of global warming. But the emissions from fossil fuels continue unabated while the impact of global warming is being felt all over the world by changing weathers such as flood and draught. It is very clear that the current rate of carbon emission cannot be contained by merely promoting renewable energy at the current rate. Solar, wind, geothermal, ocean wave and OTEC (ocean thermal energy conversion) offer clean alternative energy but currently their total combined percentage of energy generation is only less than 20% of the total power generation. The rate of Carbon reduction by renewable energy do not match the rate of Carbon emission increase by existing and newly built fossil power generation and transportation, to maintain the current level of Carbon in the atmosphere. The crux of the problem is the rate of speed with which we can reduce the Carbon emission in the stipulated time frame. It is unlikely to happen without active participation of industrialized countries such as US, China, India, Japan, EU and Australia by signing a legally binding agreement in reducing their Carbon emissions to an accepted level. However, they can reduce their emissions by increasing the efficiency of their existing power generation and consumption by innovative means. One potential method of carbon reduction is by substituting fossil fuels with biomass in power generation and transportation. By using this method the energy efficiency is increased from current level of 33% to 50-60% in power generation by using gasification technologies and using Hydrogen for transportation. The Fixed carbon in coal is about 70% while the Carbon content in a biomass is only 0.475 X B (B-mass of oven-dry biomass). For example, the moisture content of a dry wood is about 19%,which means the Carbon mass is only 38% in the biomass. To substitute fossil fuels, the world will require massive amounts of biomass. The current consumption of coal worldwide is 6.647 billion tons/yr (Source:charts bin.com)and the world will require at least 13 billion tons/yr of biomass to substitute coal .The total biomass available in the world in the form of forest is 420 billion tons which means about 3% of the forest in the world will be required to substitute current level of coal consumption. This is based on the assumption that all bioenergy is based on gasification of wood mass. But in reality there are several other methods of bioenergy such as biogas, biofuels such as alcohol and bio-diesel from vegetable oils etc, which will complement biogasification to reduce Carbon emission. Another potential method is to capture and recover Carbon from existing fossil fuel power plants. The recovered Carbon dioxide has wider industrial applications such as industrial refrigeration and in chemical process industries such as Urea plant. Absorption of Carbon dioxide from flue gas using solvents such as MEA (mono ethanolamine) is a well established technology. The solvent MEA will absorb Carbon dioxide from the flue gas and the absorbed carbon dioxide will be stripped in a distillation column to separate absorbed carbon dioxide and the solvent. The recovered solvent will be reused. The carbon emission can be reduced by employing various combinations of methods such as anaerobic digestion of organic matters, generation of syngas by gasification of biomass, production of biofuels, along with other forms of renewable energy sources mentioned above. As I have discussed in my previous articles, Hydrogen is the main source of energy in all forms of Carbon based fuels and generating Hydrogen from water using renewable energy source is one of the most potential and expeditious option to reduce Carbon emission. 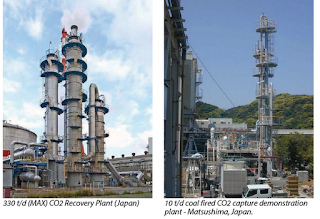 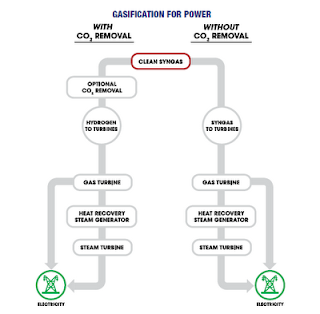 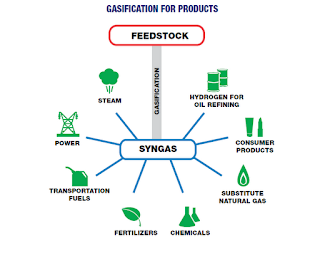 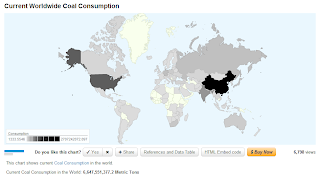 Posted by Clean Energy and Water Technologies at 12:22 AM

Keep planned that cash lent with a pay day loan will be needing being repaid immediately instant payday loans cash
advances - this is definitely an option available by many electronic banking machines.

The Solar Power is considered as the new energy for us and it is green power for the environment. We should encourage more people using it in the life.
Solar Arizona
Solar Las Vegas