All existing power generation technologies including nuclear power plants uses heat generation as a starting point. The heat is used to generate steam which acts as a motive force to run an alternator to produces electricity. We combust fossil fuels such as coal oil and gas to generate above heat which also emits greenhouse gases such as oxides of Carbon and Nitrogen. As I have disused in my previous article, we did not develop a technology to generate heat without combusting a fossil fuel earlier. This was due to cheap and easy availability of fossil fuel. The potential danger of emitting greenhouse gases into the atmosphere was not realized until recently when scientists pointed out the consequences of carbon build up in the atmosphere. The growth of population and industries around the world pushed the demand for fossil fuels over a period of time which enhanced the Carbon build up in the atmosphere. But now Concentrated Solar Power (CSP) systems have been developed to capture the heat of the sun more efficiently and the potential temperature of solar thermal can reach up to 550C. This dramatic improvement is the efficiency of solar thermal has opened up new avenues of power generation as well as other applications. “CSP is being widely commercialized and the CSP market has seen about 740 MW of generating capacity added between 2007 and the end of 2010. More than half of this (about 478 MW) was installed during 2010, bringing the global total to 1095 MW. Spain added 400 MW in 2010, taking the global lead with a total of 632 MW, while the US ended the year with 509 MW after adding 78 MW, including two fossil–CSP hybrid plants”. (Ref: Wikipedia) “CSP growth is expected to continue at a fast pace. As of April 2011, another 946 MW of capacity was under construction in Spain with total new capacity of 1,789 MW expected to be in operation by the end of 2013. A further 1.5 GW of parabolic-trough and power-tower plants were under construction in the US, and contracts signed for at least another 6.2 GW. Interest is also notable in North Africa and the Middle East, as well as India and China. The global market has been dominated by parabolic-trough plants, which account for 90 percent of CSP plants. As of 9 September 2009, the cost of building a CSP station was typically about US$2.50 to $4 per watt while the fuel (the sun's radiation) is free. Thus a 250 MW CSP station would have cost $600–1000 million to build. That works out to $0.12 to $0.18/kwt. New CSP stations may be economically competitive with fossil fuels. Nathaniel Bullard,” a solar analyst at Bloomberg “New Energy Finance, has calculated that the cost of electricity at the Ivanpah Solar Power Facility, a project under construction in Southern California, will be lower than that from photovoltaic power and about the same as that from natural gas However, in November 2011, Google announced that they would not invest further in CSP projects due to the rapid price decline of photovoltaics. Google spent $168 million on Bright Source IRENA has published on June 2012 a series of studies titled: "Renewable Energy Cost Analysis". The CSP study shows the cost of both building and operation of CSP plants. Costs are expected to decrease, but there are insufficient installations to clearly establish the learning curve. As of March 2012, there was 1.9 GW of CSP installed, with 1.8 GW of that being parabolic trough” Ref: Wikiedia. One Canadian company has demonstrated to generate Hydrogen from water using a catalytic thermolysis using sun’s high temepertaure.The same company has also demonstrated generating base load power using conventional steam turbine by CSP using parabolic troughs. They store sun’s thermal energy using a proprietary thermic fluid and use them during night times to generate continuous power. The company offers to set up CSP plants of various capacities from 15Mw up to 500Mw.
Posted by Clean Energy and Water Technologies at 9:08 PM No comments:

Solar Hydrogen for homes and cars.

Renewable Hydrogen offers the most potential energy source of the future for the following reasons. Hydrogen has the highest heat value compared to rest of the fossil fuels such as Diesel, petrol or butane. It does not emit any greenhouse gases on combustion. It can readily be generated from water using your roof mounted solar panels. The electrical efficiency of fuel cell using Hydrogen as a fuel is more than 55% compared to 35% with diesel or petrol engine. It is an ideal fuel that can be used for CHP applications. By properly designing a system for a home, one can generate power as well as use the waste heat to heat or air-condition your home. It offers complete independence from the grid and offers complete insulation from fluctuating oil and gas prices. By installing a renewable Hydrogen facility at your home, you can not only generate Electricity for your home but also fuel your Hydrogen car. The system can be easily automated so that it can take care of your complete power requirement as well as your fuel requirement for your Hydrogen car. Unlike Electric cars, you can fill two cylinders of a Hydrogen car which will give a mileage of 270miles.You can also charge your electric car with Fuel cell DC power. Renewable Hydrogen can address all the problems we are currently facing with fossil fuel using centralized power generation and distribution. It will not generate any noise or create any pollution to the environment. It does not require large amount of water. With increasing efficiency of solar panels coming into the market the cost of renewable Hydrogen power will become competitive to grid power. Unlike photovoltaic power, the excess solar power is stored in the form of Hydrogen and there is no need for deep cycle batteries and its maintenance and disposal. It is a one step solution for all the energy problems each one of us is facing. The only drawback with any renewable energy source is its intermittent nature and it can be easily addressed by building enough storage capacity for Hydrogen. Storing large amount of energy is easy compared to battery storage. The attached ‘You Tube’ video footages show how Solar Hydrogen can be used to power your home and fuel your Hydrogen car. Individual homes and business can be specifically designed based on their power and fuel requirements.
Posted by Clean Energy and Water Technologies at 8:11 PM 3 comments: 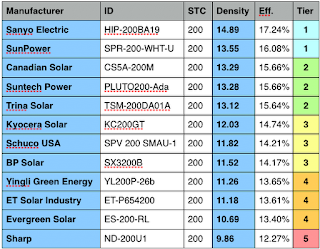 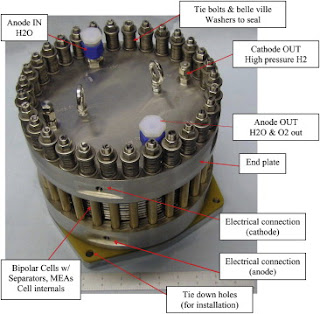 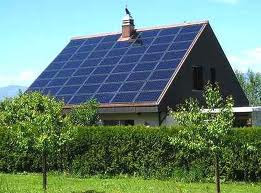