It is time to switch over from Carbon to Hydrocarbon

Coal may be the Problem and the Solution too! 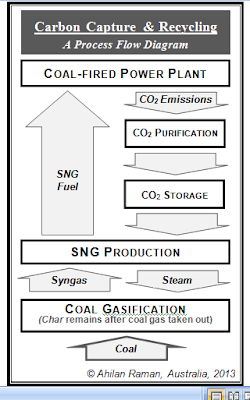 Posted by Clean Energy and Water Technologies at 2:01 AM No comments:

How to control Carbon emissions in coal-fired power plants?

“Over two-thirds of today’s proven reserves of fossil fuels need to still be in the ground in 2050 in order to prevent catastrophic levels of climate change” – a warning by scientists. There is a great deal of debate on climate change due to man-made Carbon emissions and how to control it without any further escalation. The first obvious option will be to completely stop the usage of fossil fuel with immediate effect. But it is practically not feasible unless there is an alternative Non-Carbon fuel readily available to substitute fossil fuels. The second option will be to capture carbon emission and bury them under ground by CCS (Carbon capture and sequestration) method. But this concept is still not proven commercially and there are still currently many uncertainties with this technology, the cost involved and environmental implications etc.The third option will be not to use fresh fossil fuel for combustion or capture and bury the Carbon emissions but convert the Carbon emissions into a synthetic hydrocarbon fuel such as synthetic natural gas (SNG) and recycle them. By this way the level of existing Carbon emission can be maintained at current levels without any further escalation. At least the Carbon emission levels can be reduced substantially and maintained at lower levels to mitigate climate changes. It is technically feasible to implement the third option but it has to be implemented with great urgency. One way of converting Carbon emission is to capture and purify them using conventional methods and then react with Hydrogen to produce synthetic natural gas (SNG) CO2 + 4 H2 ----------> CH4 + 2 H2O The same process will be used by NASA to eliminate carbon built-up in the flights by crew members during their long voyage into the space and also to survive in places like Mars where the atmosphere is predominantly carbon dioxide. But we need Hydrogen which is renewable so that the above process can be sustained in the future .Currently the cost of Hydrogen production using renewal energy sources are expensive due to high initial investment and the large energy consumption. We have now developed a new process to generate syngas using simple coal, which is predominantly Hydrogen to be used as a Carbon sink to convert Carbon emissions into synthetic natural gas (SNG). The same Hydrogen rich syngas can be directly used to generate power using gas turbine in a simple or combined cycle mode. The Carbon emission from the gas turbine can be converted into SNG (synthetic natural gas) using surplus Hydrogen-rich syngas. The SNG thus produced can be distributed for CHP (combined heat and power) applications so that the Carbon emission can be controlled or distributed. By implementing the above process one should be able to maintain Carbon at specific level in the atmosphere. Existing coal fired power plants can retrofit this technology so that they will be able to reduce their Carbon emissions substantially; they can also produce SNG as a by-product using their Carbon emissions and achieve zero Carbon emission at their site while generating revenue by sale of SNG. Coal is the cheapest and widely used fossil fuel for power generation all over the world. Therefore it will be a win situation for everyone to use coal and also to reduce Carbon emissions that can address the problems of climate change. Meanwhile research is going on to generate renewable Hydrogen cheaply directly from water using various technologies. But we believe we are still far away from achieving this goal and we require immediate solution to address our climate change problems. Recently BASF made a press release :www.basf.com/group/pressrelease/P-13-351‎ claiming a break-through technology to generate Hydrogen from natural gas without any CO2 emissions.
Posted by Clean Energy and Water Technologies at 8:40 PM No comments: 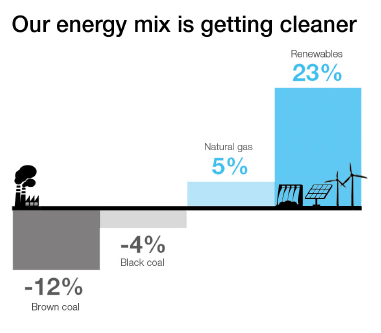 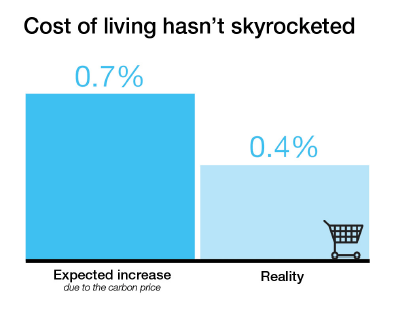 Coal is the single largest fuel currently used for power generation all over the world due to its abundant availability and established infrastructure and technology. However greenhouse gas emission poses a significant challenge in continuing the usage of coal as prime fuel. Currently Natural gas is favored as fuel for power generation and number of LNG plants have been set up in many part s of the world. Coal seam methane gas is another potential source that competes with natural gas .Basically, Methane is the major constituent of such gases and they are suitable for both combustion as well as for gasification for power generation.Countries who are endowed with large deposits of coal such as Australia, South Africa, Indonesia have advantages in clean coal technologies and in reducing their greenhouse gas emissions. There is an opportunity for coal fired power plants to continue their operations if they can solve the greenhouse gas emission and other pollution problems associated with coal. Number of companies are now re-evaluating clean coal technologies such as IGCC and carbon capture and reuse. As we have seen in previous articles, Hydrogen is the key in developing clean coal technology of the future. That is why gasification technology such as IGCC (Integrated Gasification and Combined Cycle) is gaining importance over combustion technologies because, that is the only way we can introduce a Hydrogen molecule in the combustion by way of ‘Syngas’.By introducing Hydrogen, we not only improve the thermal efficiency but also utilize the heat of combustion to the maximum by combined cycle while reducing GHG emission. It also facilitates the usage of existing and known power generation technologies such as steam turbine and gas turbine as well as new technologies such as Fuel cell and Hydrogen turbines. Coal in the form of pumpable liquid (CWS –coal water slurry) is another key milestone in developing a clean coal technology. Countries like China and Indonesia have been using coal water slurry for power generation successfully. Finely powerdered coal is mixed with water in the ratio of 60:40 along with dispersant such as Lignosulfonate as additives to make a finely dispersed, viscous liquid that resembles heavy petroleum oil, ready for combustion. It is easier to handle pumpable oil than a solid coal. A novel products called ‘colloidal coal water’ (CCW) is a finely dispersed colloidal coal in water with additives such as surfactants and dispersants with specific formulating agents leading to certain rheological properties is a key development in clean coal technology. The coal water slurry currently used does not have long term stability and storage properties like colloidal coal water fuel. The work is under development and it is expected that such finely dispersed colloidal coal water mix resembling a liquid hydrocarbon may be named as ‘liquid coal’ for all practical purposes will become a low cost fuel in the future power generation. This ‘colloidal coal liquid’ can be easily gasified or used as liquid fuel for combustion equipments such as boilers and also serve as precursor for a number of chemical product synthesis as downstream products. The emitted Carbon dioxide can be captured cryogenically and separated in a pure form for potential application such as ‘Natural Refrigerant’ and to synthesize number of chemical products. Clean coal can become a commercial realty provided we re-evaluate the coal preparation, gasification methods and to contain emitted carbon into an useful product of commerce.
Posted by Clean Energy and Water Technologies at 7:34 PM No comments: